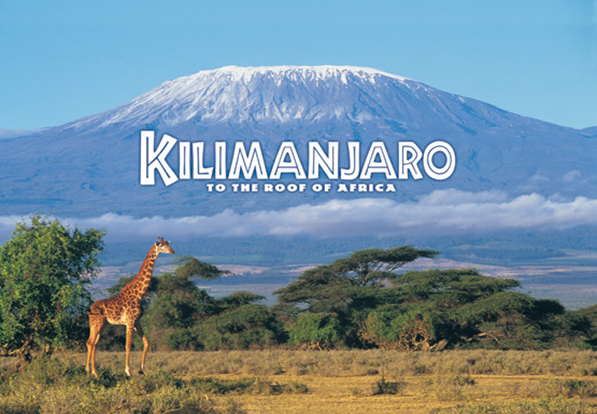 Hi everyone.
As you are probably aware by now due to David ringing you doorbell! Miriam and David Hamilton are climbing Mount Kilimanjaro this August. Mount Kilimanjaro is the highest mountain in Africa and the fourth highest in the World rising to around 20 000 ft.(6000m).

This is a charity climb as well as a World record attempt. The charities are Our Lady’s Hospital Crumlin and Chernobyl Children’s International. As a group we hope to raise enough money to buy some Trinity Baby Ventilators for PICU/PTCI in Crumlin and 50 heart operations for children with ‘Chernobyl heart’.
Your response to David at your door has been nothing short of amazing! Everyone has been so generous and we are truly grateful in these troubled times as these are both very worthy causes. Thank you all very, very much.

We hope to achieve the World record for the most Irish people to summit at one time, 100 people. A representative of Guinness World Records will be taking part in the climb for verification of this great achievement.

Both David and Miriam are in serious training already. The organisers (Kilimanjaro Achievers) have arranged training climbs all over Ireland; to date they have climbed Croagh Patrick twice in one day in under four and a half hours and the Galtee Loop in six hours. Weekends when we cannot meet the organised walk are filled with local walks to the ‘Golf Ball’ or Kilbane etc. David at eleven is already showing great mental attitude towards long walks carrying his pack! He will be one of the youngest ever to make this climb, the youngest was ten,(no one under ten can go above 3000m) but he will be the youngest on this World record attempt. The only part he hasn’t enjoyed is the multiple vaccination injections and giving blood to the medical team for analysis. The main organiser Ian McKeever who holds many climbing World records believes everyone’s blood as well as body should be in peak condition before we start the climb. He feels many people fail in their attempt because their blood does not have the correct mix of vitamins and minerals to cope with the low oxygen at high altitude. He has organised these climbs over many years and has a 100% record with everyone summiting. So he must be doing something right!

Another major factor in the climb is the weather especially the temperatures. They will start in cultivated land then into tropical rain forests at around 35*C and climb through another five climatic regions to ice and snow and minus 15*C! All within a week!

As you can imagine this is a major event in anyone’s life but especially to an 11 year old and we thank everyone who has contributed to the fund raising and we will endeavour to keep you informed of our progress.