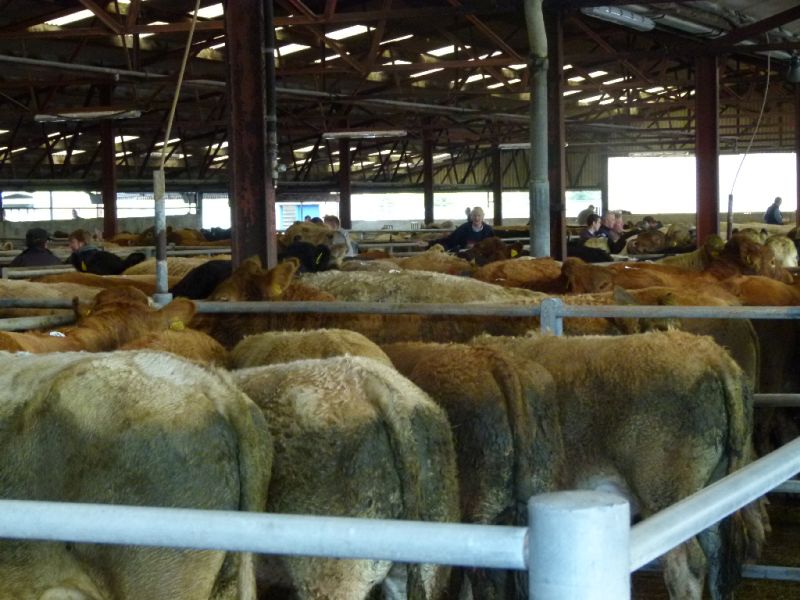 A full gallery saw the return of livestock to the ring in Feenagh.

The facility closed in December 2009 and Golden Vale Marts blamed a decline in animal throughput as the reason. At the time, around 7,000 cattle were being sold annually and the new committee accepts a throughput of 10,000 animals will be required if the takeover is to be a success.
The mart was farmer-driven when it first opened for business in 1973 and traded as Bunratty Farmers’ Export Mart. Sold to Golden Vale Marts in 1986, it is now back in the control of the farming fraternity. It was purchased earlier this year for €300,000 after the finance was raised through a shares initiative.

Click here to see other articles on Sixmilebridge Co-operative Mart.