Congrats to Brian Carey, Séadna Morey and Jamie Shanahan for keeping the SMB GAA flag flying at this years U21 Munster Final…

Clare captured a historic three Munster U21 hurling titles in a row with a 1-28 to 1-13 win over Cork in Cusack Park.

The basis for the win came in an outstanding first half performance, that saw Clare lead by 1-15 to 0-5.

By the time Cork got their second point in the 24th minute, Clare had put 1-12 on the board.

They led by 0-9 to 0-1 after 20 minutes, with Bobby Duggan landing 0-4 while Tony Kelly and Aaron Cunningham both hit a brace.

The goal came from the returning Shane O’Donnell, who finished brilliantly to the back of the Cork net.

The second half saw Clare add another 0-13 to their total, with no fewer than 10 Clare players on the mark overall.

Bobby Duggan finished the game with a personal tally of 0-10, Aaron Cunningham hit 0-4, while captain Tony Kelly and Colm Galvin contributed 0-3 each.

Clonlara’s Colm Galvin was man of the match, with another industrious performance in the middle of the field. 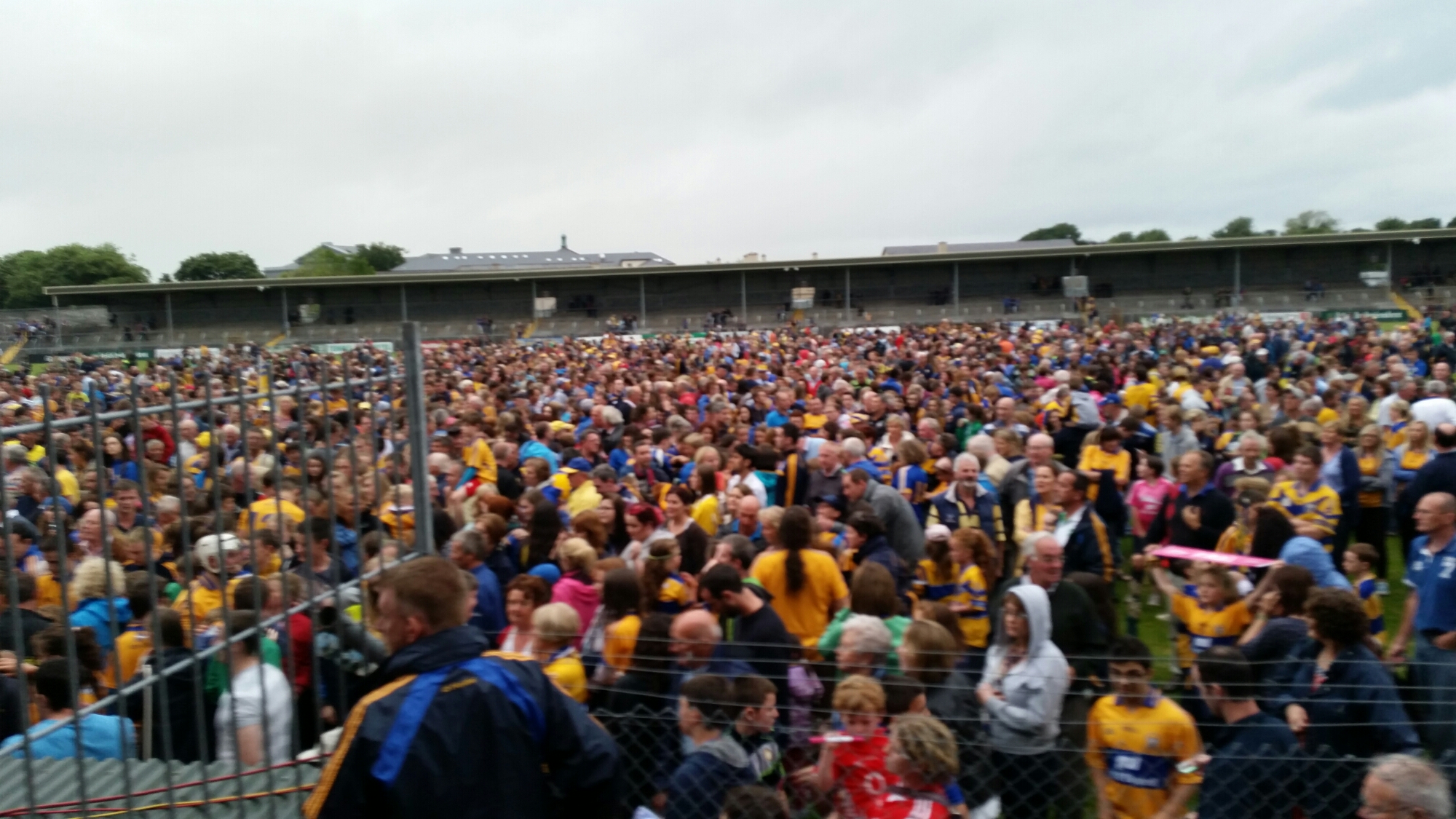