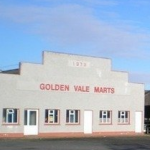 A Question of Justice ?

There was a big turnout for the meeting on Thursday night re the Mart.
A brief letter from Golden Vale Marts was circulated, refusing the offer to purchase from the farmers and local community.

The situation from December 2009 was outlined. The mart was put up for sale,
the farmers and community agreed to purchase it.
Over 400 shares and €300,000 were organised. This clearly indicated an insatiable appetite amongst the local people not only to retain the mart but to develop it into a business to be run for and by the people themselves.

After a lengthy debate it was clear that people are
as deter-mined as ever to continue with the fight to acquire this Mart.
In the short term another offer is to be made to Golden Vale Marts. Pending the
outcome of that a meeting will be held and other decisions made.

This of course is a time to Support all our local businesses.
It’s a time too to update the community on the Mart.
A small group met executives from G.V.M. on Wed. Aug. 25th.
The result of that is that a letter is now gone to the
Board of G.V.M. repeating the offer made to purchase the Mart by the
farmers and wider Community. This is for their consideration at the September Board Meeting and let the people know the outcome.

WHEN auctioneer Brendan Considine strikes
his gavel at Sixmilebridge Mart next Saturday to close the last deal of the day,
it will also signify the closure of the mart, which has been in operation for
almost 40 years.