1843 “Hedge” School run by Patrick Slattery in the porch of the Church.

1854 First school established formally in the Church on January 23rd. 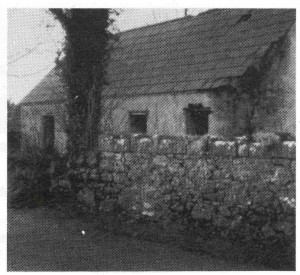 1891 New school built by the Hardgrove brothers who stayed at Nora Culleeney
‘s.
1903 School damaged by a storm. 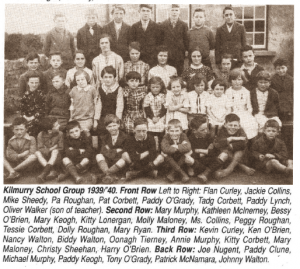 1954 Repairs carried out on the School. Pupils and teachers moved to the
church for three months.

1988 Basketball stands made by Tommy O’Callaghan.